I've been a fan of the larger 43-inch 4K 120Hz gaming monitors since I received my first one, the ASUS ROG Strix XG438Q -- my review here -- and then Acer reached out and asked if I'd like to check out their Predator CG7 which is also a large 43-inch 4K monitor but ramps up to 144Hz.

Acer's Predator CG7 has the same specs as the new ASUS ROG Swift PG43UQ -- which I also have, and will be reviewing after this Predator CG7 review is out of the gate. We have a large 43-inch VA panel with a native 4K resolution and huge 144Hz refresh rate.

We also have DisplayHDR 1000 certification which means it has not just HDR, but it is also super bright -- it also is super-fast for games with a 1ms 'Visual Response Boost'.

About the Acer Predator CG7

Just as I was testing and gaming on the Acer Predator CG7 (or by its full model number: CG437K Pbmiiippuzx) the price was down to $1075 from $1500 on Amazon, and available for $999 directly from Acer -- but it has been removed just as I was wrapping up this review. 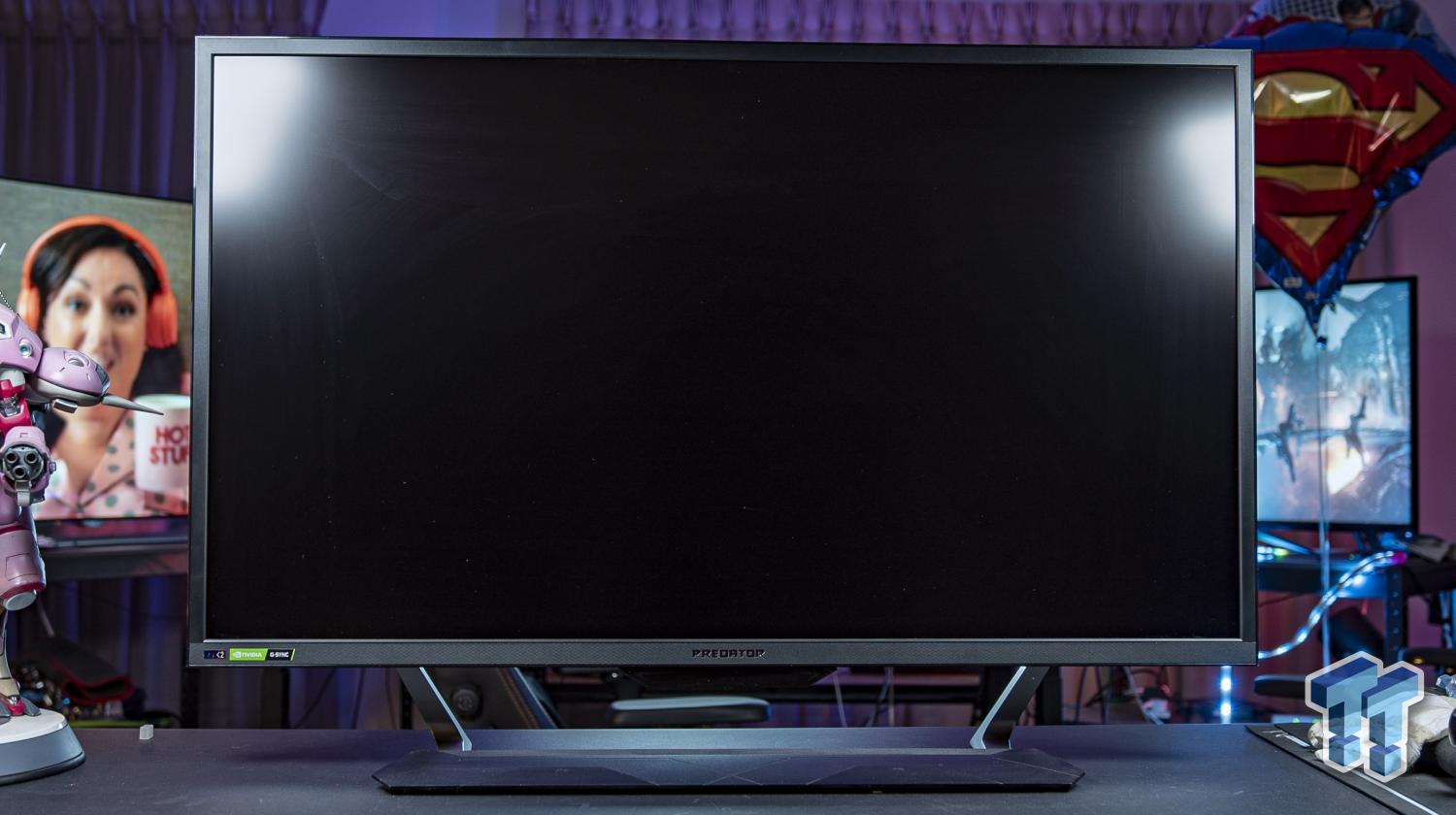 Straight out of the box the Acer Predator CG7 is larger than life, it truly is huge. It will be almost too big for your desk unless you put it on something else (like I have, on a separate table back from my keyboard by around two arm lengths) or in your living room as a gaming TV. 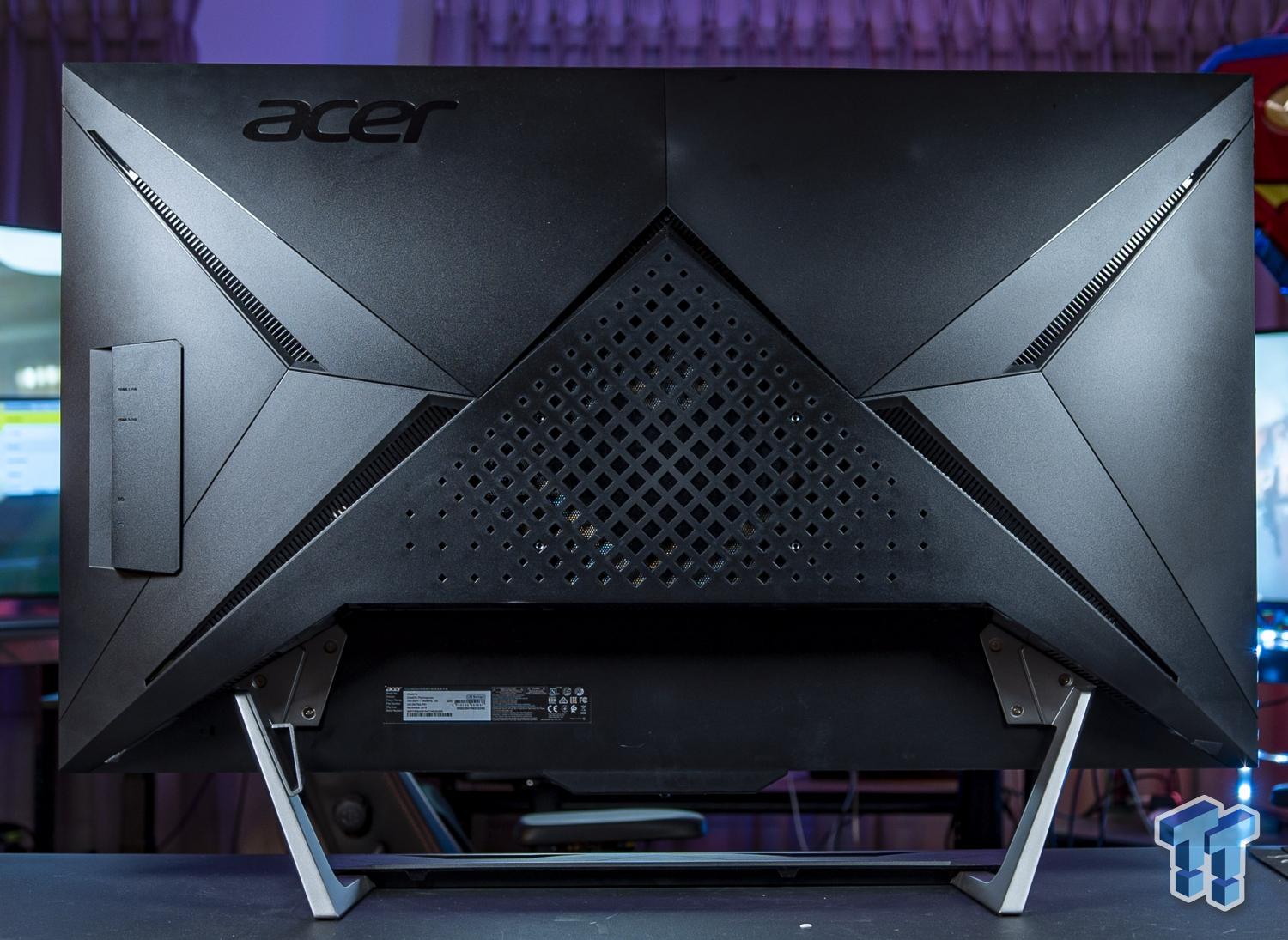 From the back it looks great, with Acer providing some stick-on RGB lighting strips that I didn't bother with. They are pretty useless, and I don't recommend using them unless you really, really badly want RGB light strips on the back of your gaming monitor. 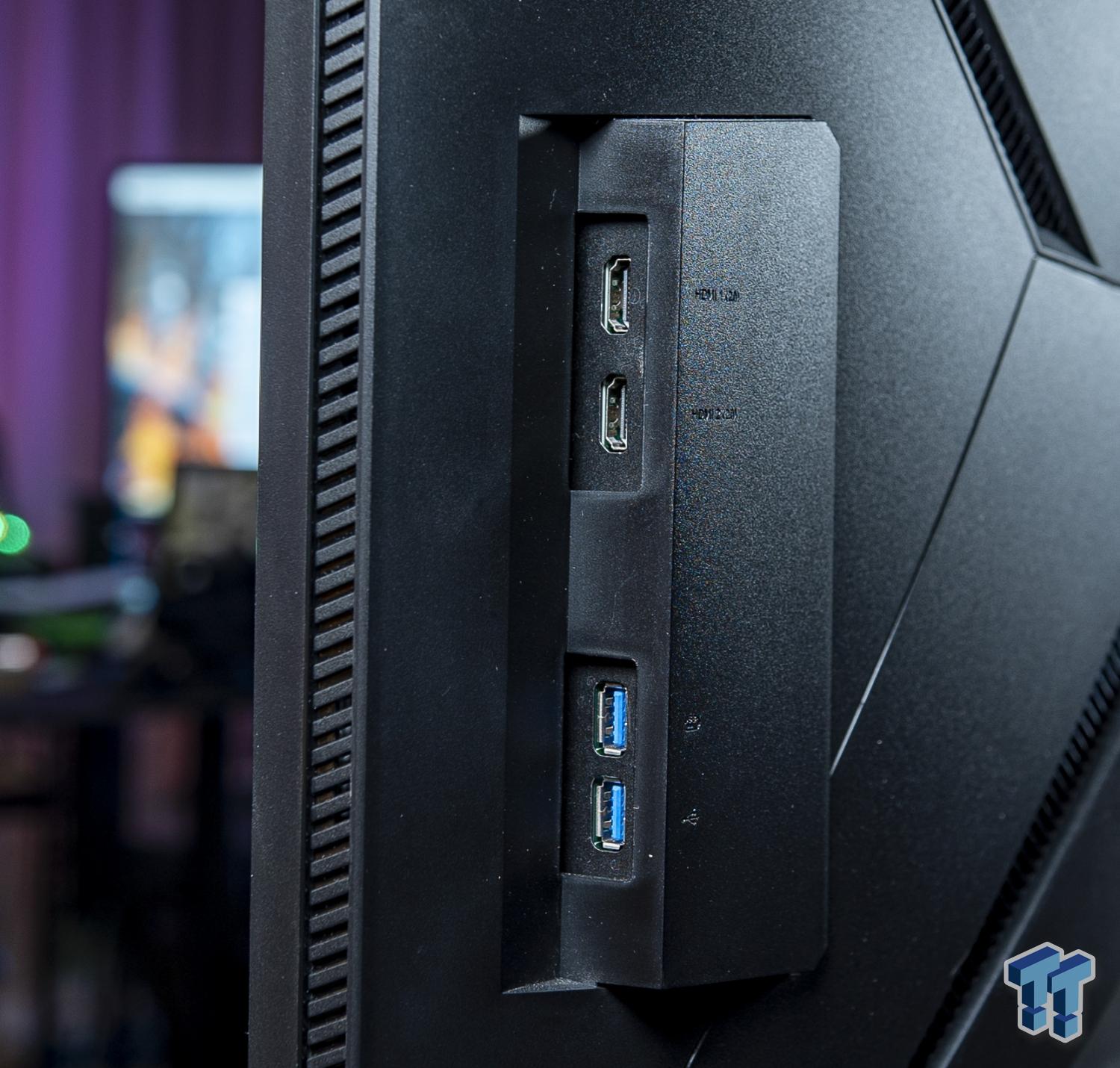 You've got some HDMI and USB ports on the side of the monitor for easy connectivity. 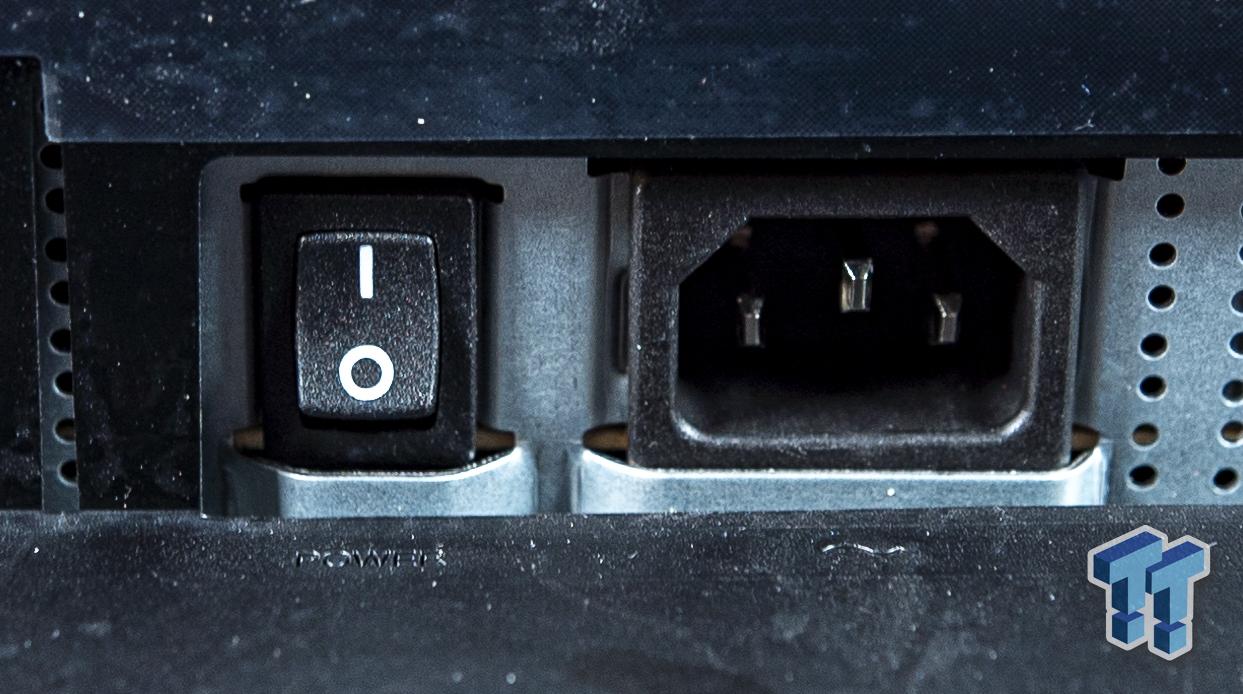 To the right of the I/IO we have the power button and power plug.

Underneath the monitor you have your controls. 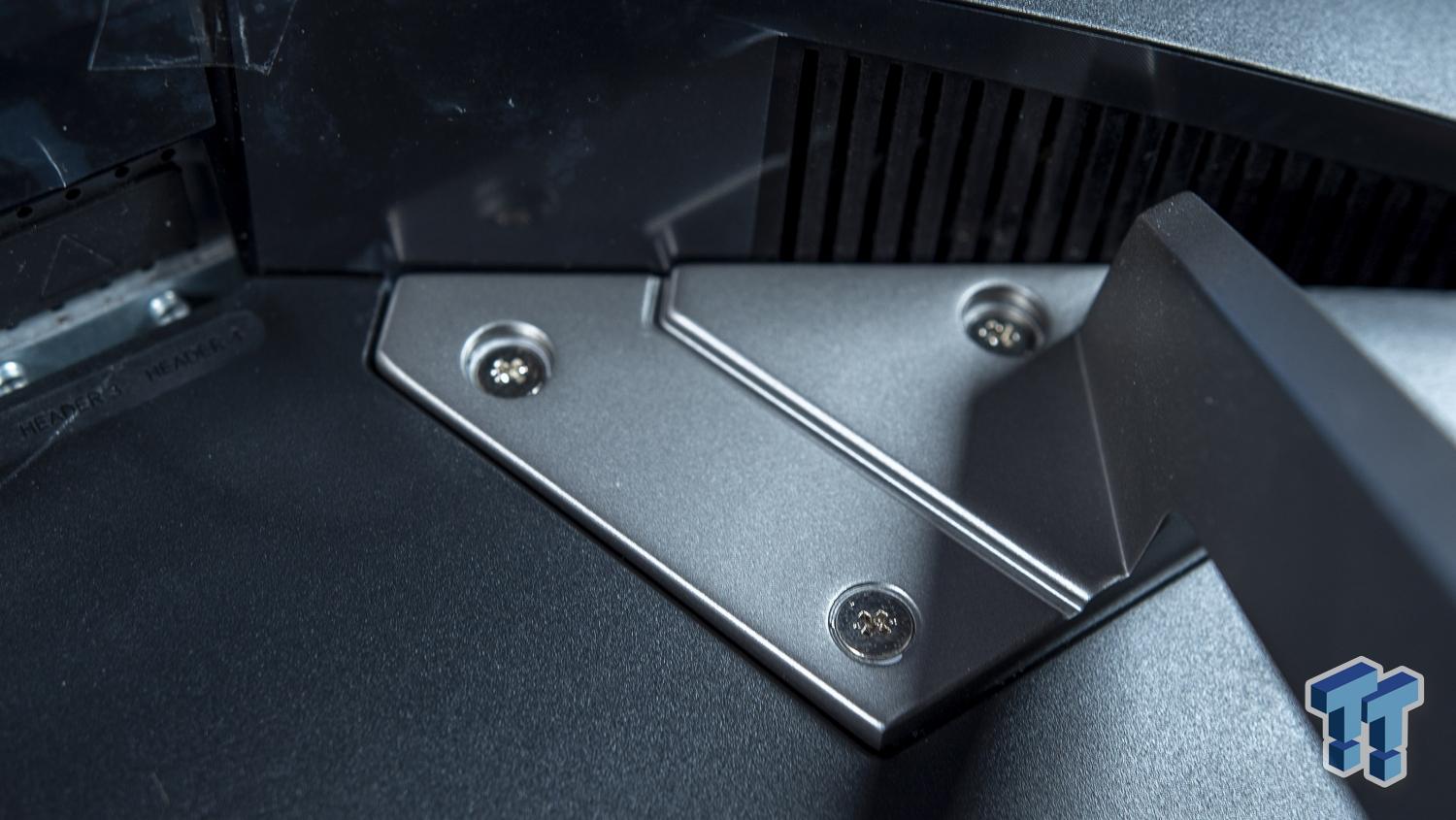 These are the screws (there's another set on the other side) to disconnect the monitor from its stand in case you want to use the VESA mount. 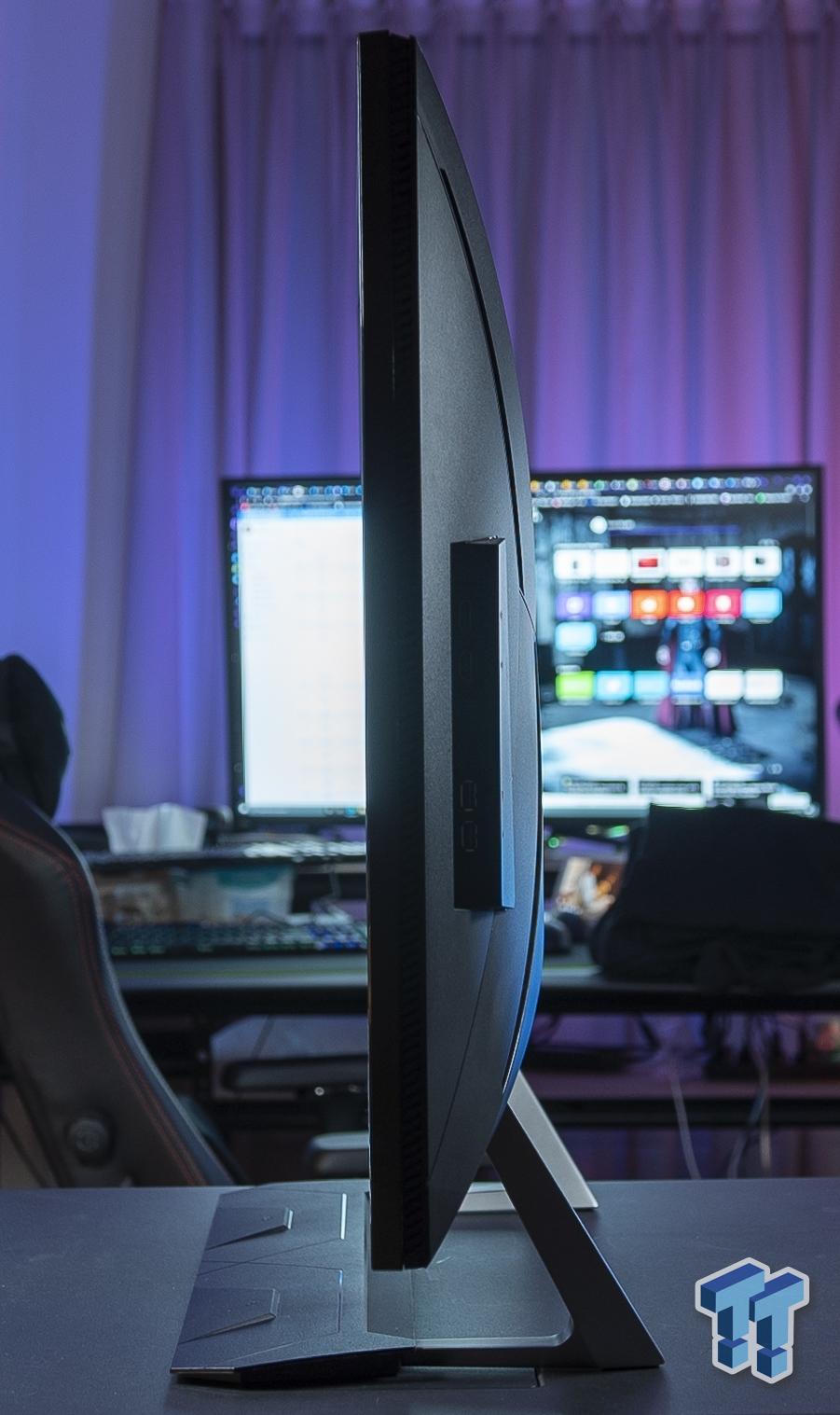 Once again from the side, it's pretty thick -- but it's more so the huge stand. 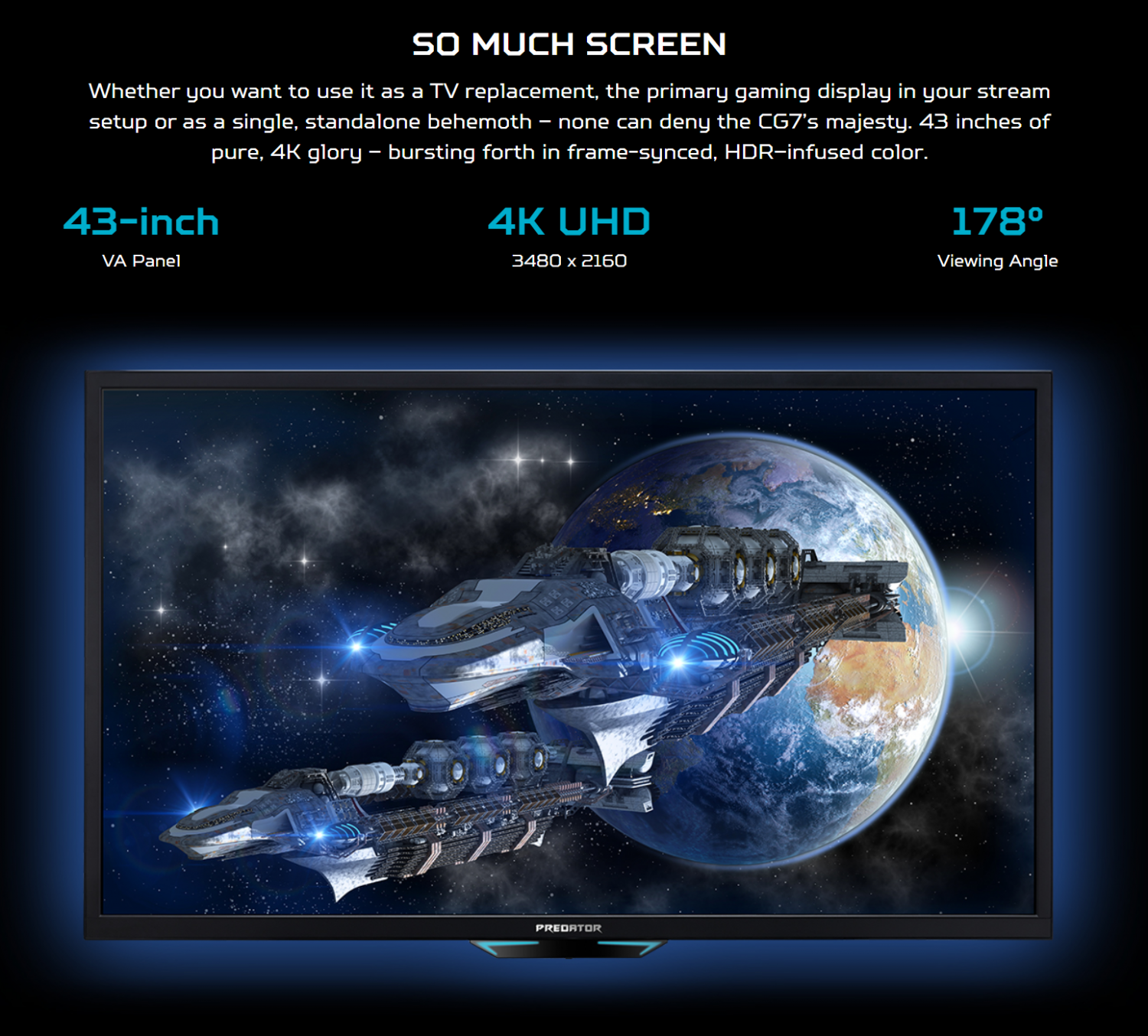 I'm one of the biggest fans you'll meet in the tech media space when it comes to large, high refresh rate gaming monitors. I'm obsessed about monitors and have been for decades, so I absolutely adore what I feel like is the next big thing for PC gamers: 43-inch 4K 120Hz monitors. 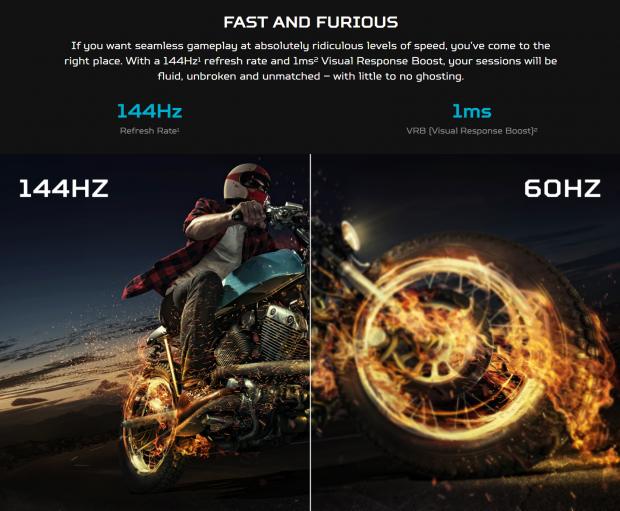 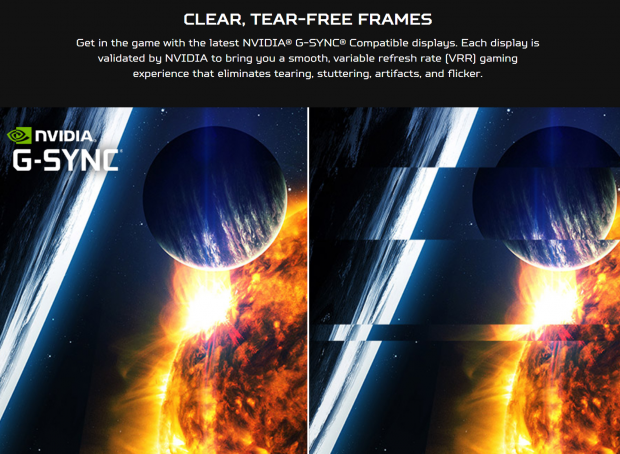 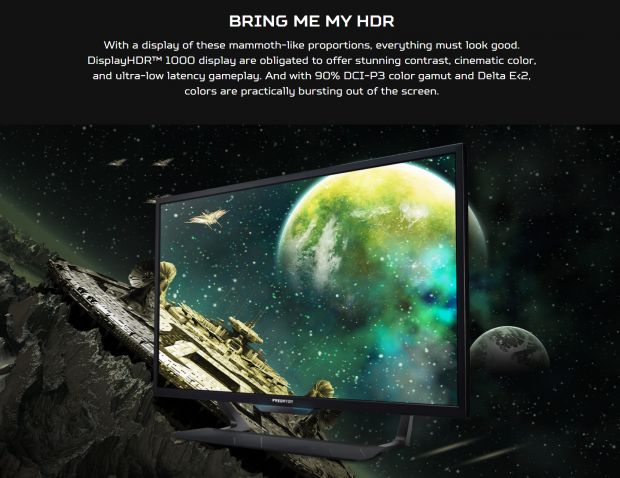 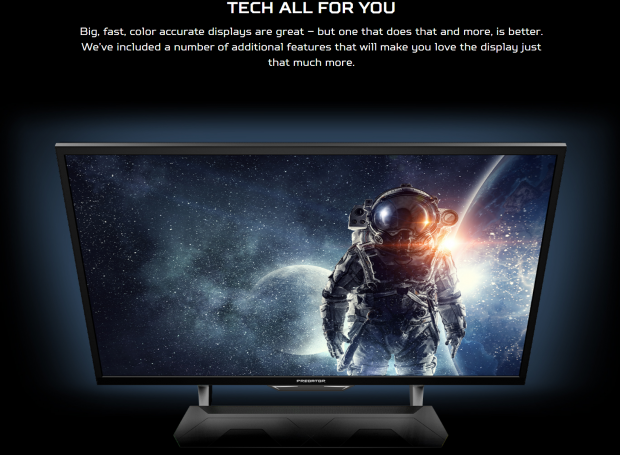 There's some other cool stuff going on here as well, with the Acer Pedator CG7 packing a built-in light sensor that will detect the ambient light of your room -- and make appropriate adjustments to give you the best viewing experience.

Acer also has a proximity sensor that will wake your Predator CG7 up if it went to sleep between hectic gaming sessions. There's also some USB Type-C ports to charge your smartphone, or add in a new device.

The dual 10W speakers are actually not bad, and I found them far better (louder) than the ASUS 43-inch ROG Strix XG438Q. 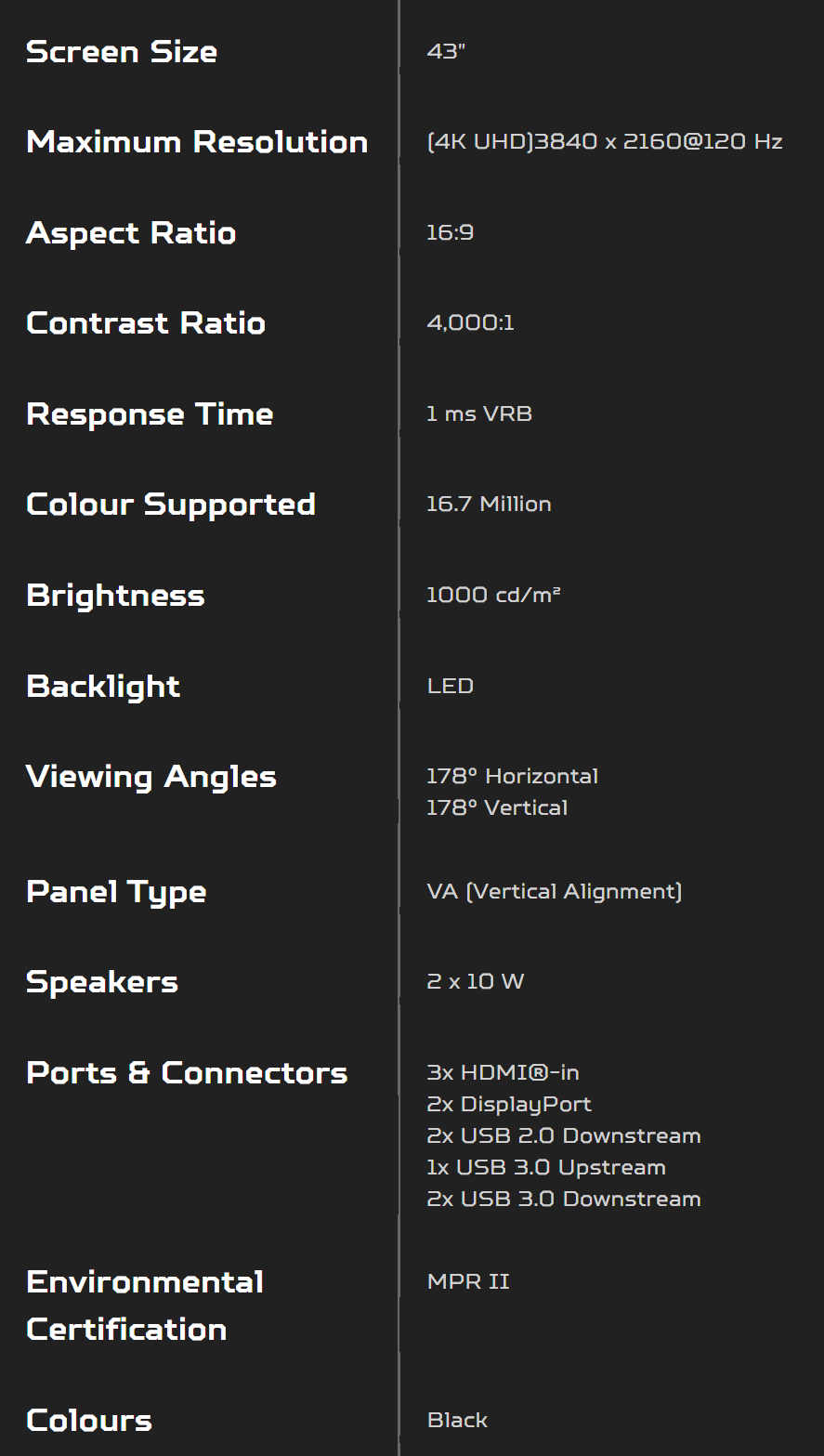 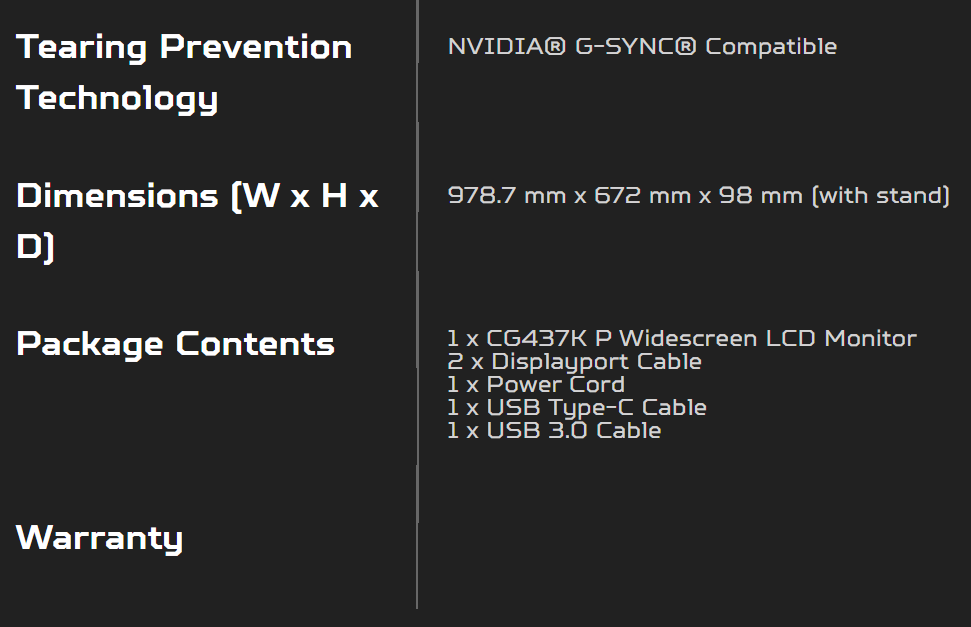 Everything but the kitchen sink here, really.

Sabrent helped out with some new storage for my GPU test beds, sending over a slew of crazy-fast Rocket NVMe PCIe M.2 2280 SSDs. I've got this installed into my GPU test bed as the new Games Storage drive, since games are so damn big now. Thanks to Sabrent, I've got 2TB of super-fast M.2 PCIe 3.0 x4 SSD storage now. 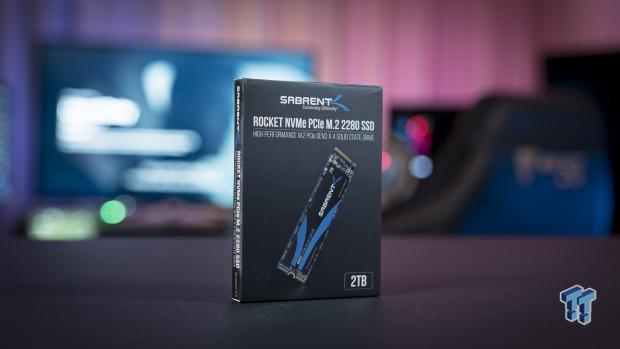 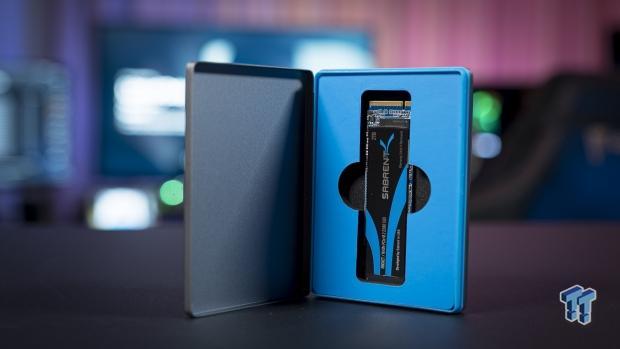 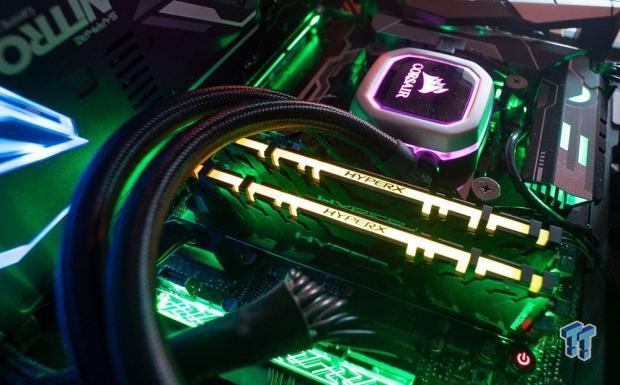 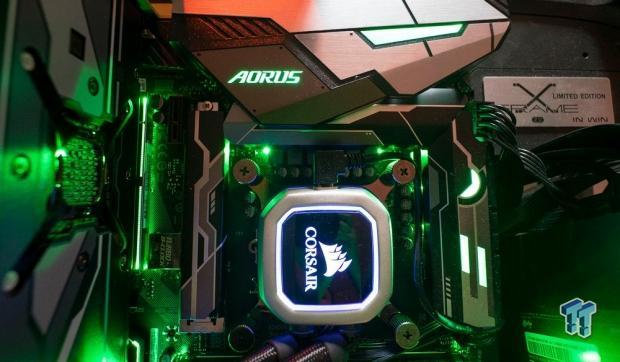 I used the Acer Predator CG7 for around a month in my usual workstation use, so writing content (news, reviews) and everything in between. I watched 4K video through YouTube, built benchmark charts through Google Spreadsheets and edited photos on the Predator CG7 with Adobe Photoshop.

Throughout that use, it was great on my eyes -- I can flex between 125-150% DPI scaling in Windows 10 depending on the task, but sitting on 150% DPI scaling is perfect. The large 43-inch panel is great on the eyes, and the smooth 144Hz refresh rate makes it even better.

On a new GeForce RTX 3080 graphics card I was able to render Call of Duty: Warzone at around 1440p letting the game and monitor upscale it to 4K. The Acer Predator CG7 and its huge 43-inch 4K panel is glorious here, especially DisplayHDR 1000 goodness which means it is super-bright when it needs to be.

I don't particular enjoy HDR gaming on Windows and the PC, but the DisplayHDR 1000 certification here means the Acer Predator CG7 really stands out against the previous-gen DisplayHDR 600 models in 43-inch 4K. Playing Apex Legends and Control look incredible on this monitor, with great image quality, super-fast response, and gorgeous graphics with super-smooth 120FPS gameplay. 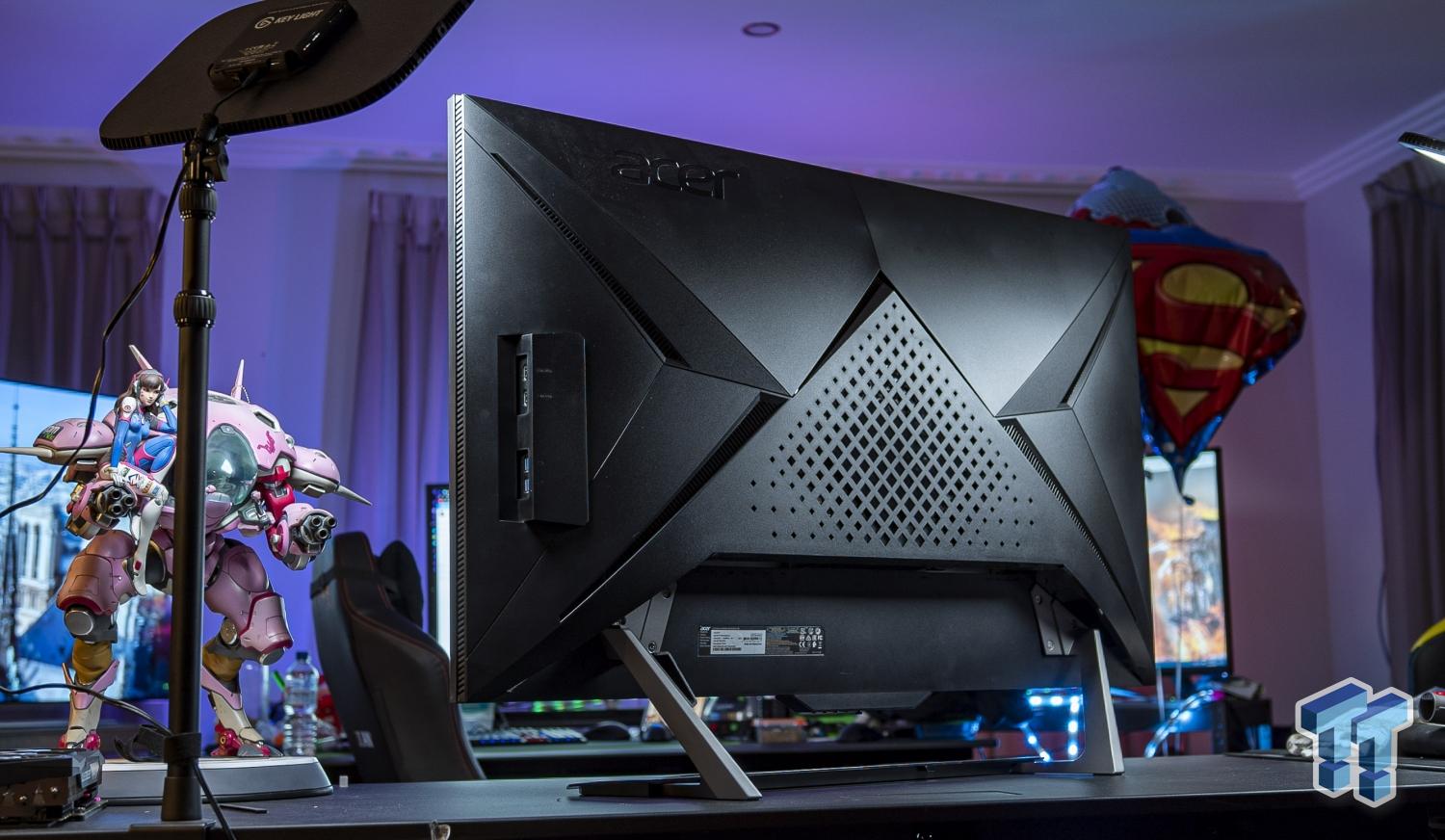 The Acer Predator CG7 gaming monitor has a lot going for it -- ticking pretty much every box you need: 43-inch super-fast VA panel with 1ms response time, native 4K resolution, up to 144Hz refresh rate, G-SYNC, and it's awesome to work and more specifically, game on. 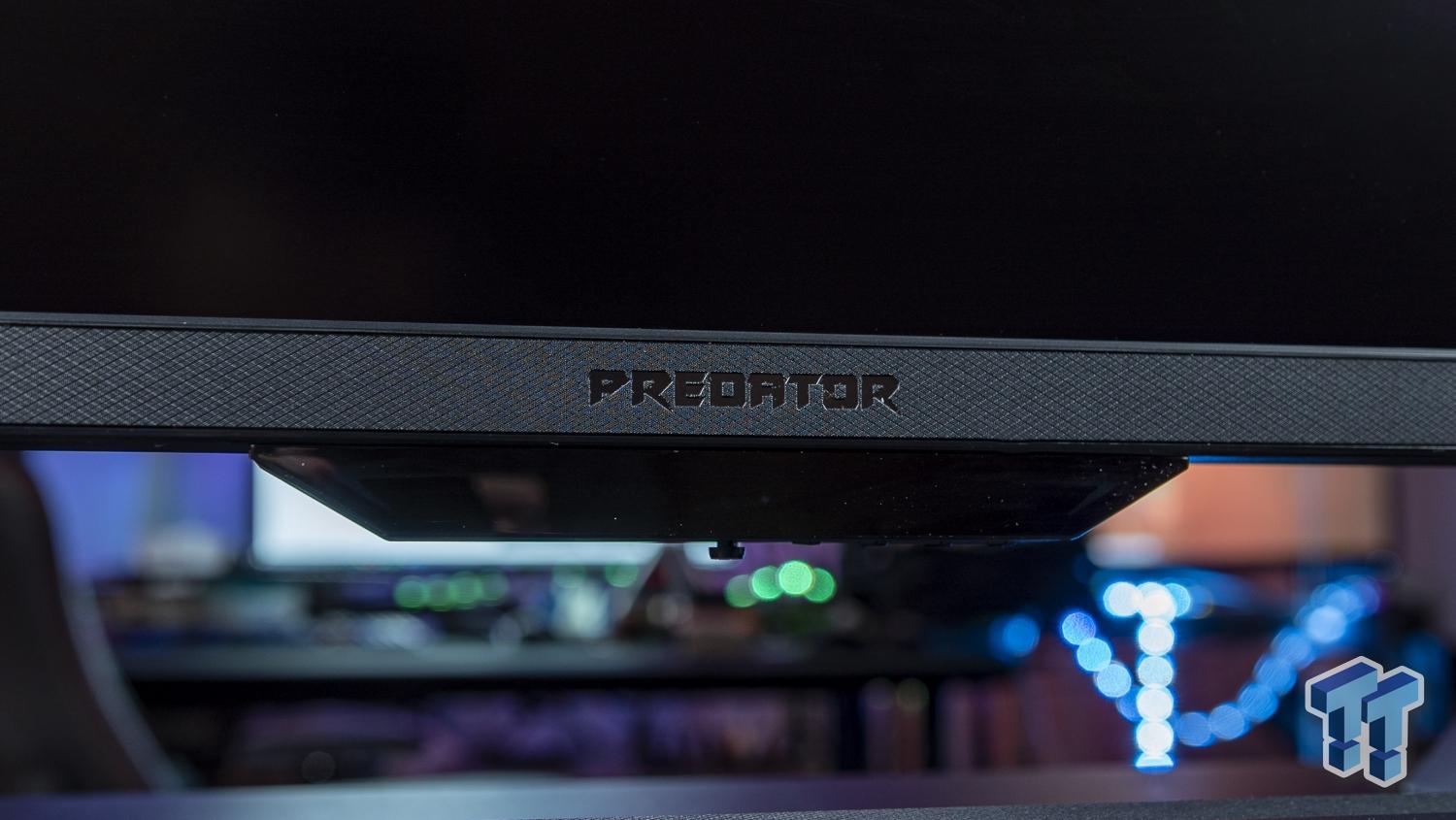 Major tip for the Acer Predator CG7 gaming monitor: Don't put it on your desk, have it on a VESA mount and a monitor arm or put it on another shelf behind your desk. It is too big to be placed on your desk (you can do that, but what I would do it put it further away). I have mine on a small shelf behind my standing desk which is around two arms lengths away from me. It's perfect at that distance with 150% DPI scaling in Windows 10.

If you are wanting to upgrade to a gigantic new PC monitor or replace your TV with something wicked fast: 4K 120-144Hz, then you should be looking at the Acer Predator CG7 if it's available. There is a huge downside here for now: there's no HDMI 2.1 support, so this is useless for the next-gen Xbox Series X and PlayStation 5 consoles.

For PC gamers, it's a huge 4K monitor with a super-fast 120Hz (and up to 144Hz) refresh rate. If you can get it and it's in your budget -- and you've got the GPU horsepower to drive it, you have a great buy on your hands with the Acer Predator CG7.

For workstation users like me, who use it for 10+ hours a day grinding away -- 4K is glorious at 43 inches, a much better experience than 27-inch and even 32-inch monitors. The high refresh rate is much better once you get used to it -- if you haven't already. I can't work or game on anything less than 120Hz, once you go to 120Hz, it's impossible to go back.

Acer has a larger-than-life 43-inch gaming monitor here, perfect for your GeForce RTX 3080 -- if you can get that. Great stuff, makes games feel unbelievably big before you start looking into the larger 55/65/77-inch 4K 120Hz TVs.

Step into the larger world of gaming TVs with the Acer Predator CG7, the perfect mix for the GeForce RTX 3080 -- if you can find it.